My reviews of series 9 wrap up with the Newzers, a tribe that consists of a tv news crew. Kind of a strange group, but fitting for the city-oriented final waves. END_OF_DOCUMENT_TOKEN_TO_BE_REPLACED

The second tribe in series 9 is a trio of ninja-themed oddballs. I’m a big fan of orange, so I’m already looking forward to digging into some newly recolored elements. END_OF_DOCUMENT_TOKEN_TO_BE_REPLACED

I’ve been looking forward to the Medix since pictures first surfaced. All those aqua and medium azure elements are totally enticing. One of the things I’ve always enjoyed about Mixels is the strong color themes and that they tend to be great parts packs for those colors. END_OF_DOCUMENT_TOKEN_TO_BE_REPLACED

So many of us have a soft spot for pirates, it really shouldn’t be a surprise that they have finally shown up as a Mixel theme. Just from the packages, they look like a jolly bunch. Lets dig in and check them out! END_OF_DOCUMENT_TOKEN_TO_BE_REPLACED

Somehow, the Mixels just keep on delivering. After almost three years and dozens of tribes, they keep mixing it up. The firefighting Mixels of the MCFD bring elements of that evergreen LEGO City sub-theme to our favorite little monsters. END_OF_DOCUMENT_TOKEN_TO_BE_REPLACED

I’ve been looking forward to these cheerful guys for a while. It is exciting to get a nice selection of purple (and medium lavender) elements. They have fun little food accessories too! END_OF_DOCUMENT_TOKEN_TO_BE_REPLACED

I liked the last round of Glorp Corp (though apparently I never reviewed them). When they went on clearance, I stocked up on all that lime green goodness. This second round of goopy weirdos have a host of new character.

We start out with this nerdy little guy, Dribbal. I loved the look of his spectacled eyes from the first.

This guy was a fun build. Lots of clever snot techniques to mount the magnifying glasses in front of his eyes and get that drippy snot. With this much character, I can easily forgive him for the low piece count (only 52).

Next up is Gurggle. He has that long legged-shape that I’ve seen before in a number of Mixels, but I still like his cheerful face.

A lot of lime in there, but that’s okay for me.

No surprises in this build, but still a lot of fun. I’m really digging the translucent neon green cheese slopes, which I’d never seen before. I like the way brackets have been used to beef up his otherwise spindly legs and give them a slimy look.

Lets take a closer look at that printed tile that Gurggle is holding. It’s a clever rainbow pattern (though not quite a neat pin wheel). My son tells me that it has something to do with the Mixel’s mixing abilities, but I just think it looks cool. It might be a bit too weird to get much use, but I like it anyway.

Last, but not least, we have Slusho. He has a nice dragonfly look (even if he is missing a pair of wings).

Those trans green wings are cool, but otherwise the bag is looking a bit sparse.

All put together Slusho is a bit disappointing. This is my least favorite from the Glorp Corp. I definitely appreciate the elements inside, but otherwise there isn’t much to recommend here. If you aren’t feeling the need to complete the trio and build the Max, this guy could be a passer.

When I get the gang together it’s hard to stay mad at Slusho. The three slimy dudes make a nice trio, each with a distinct character.

Disassembled and rebuilt into the Max, we get a strange character. As my son pointed out to me earlier, each of the Maxes in this series seem to be amped up versions of one of the smaller Mixels in the tribe. This guy is definitely a pumped up Slusho with elements of some of his compatriots tossed in.

The result is a bit awkward, but fun.

Those scrappy Mixels just keep on keeping on. With every wave they manage to stay just fresh enough to hit the sweet spots. My son loves the goofy characters and I love the elements. The lastest wave is no exception, so lets start with the Weldos, a clan of construction themed Mixels. END_OF_DOCUMENT_TOKEN_TO_BE_REPLACED 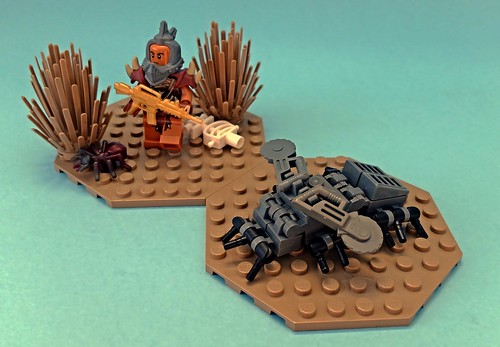 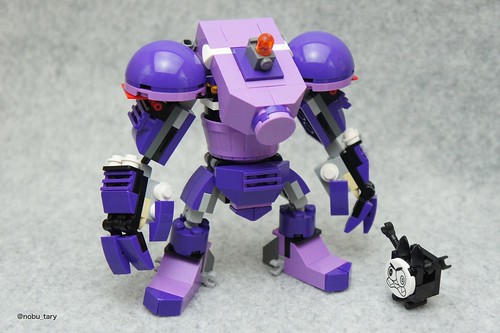 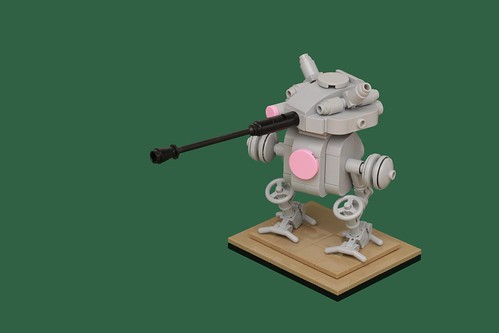 I’m getting strange bunny vibes off this MaKtober build by Pascal. 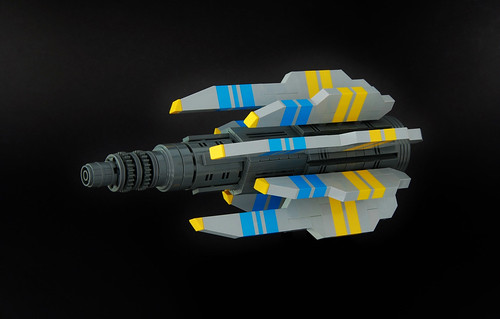 I love the stripped down simplicity of this spaceship by Jacob Unterreiner. 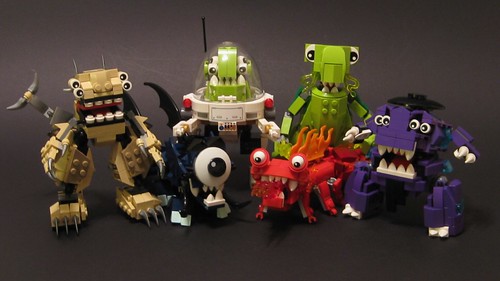 It’s really the eyes that sell this mob of uber-Mixels by Andrew Lee. 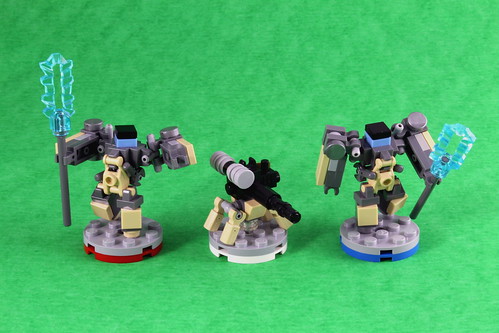 The wargamer in me can’t help but like these models with color coded bases by John Stephens.